For What Locations Does INRIX TPEG Return Data?

When TPEG data is returned to a vehicle, it contains information only for locations that are expected to be relevant to the vehicle. There are two types of scenarios that are covered:

When you request data with the message call, you specify whether you want data for a guided or unguided scenario. Data is returned in a series of circles. For unguided scenarios, TPEG data is returned for three concentric circles centered at the vehicle’s location. For guided scenarios where a destination is specified, TPEG data is provided for the three circles as well as an additional circle centered at the destination, as well as the most likely routes between current location and destination. The radii of the circles can be specified when the session is initialized. If they are not specified, then default values will be used. The default values are described in the next section. Note: By specifying the radius values, you can affect the size of the data returned. If bandwidth is an issue, choosing smaller radii will reduce the amount of data. If it is not, you may choose larger radii in order to obtain more data to display. 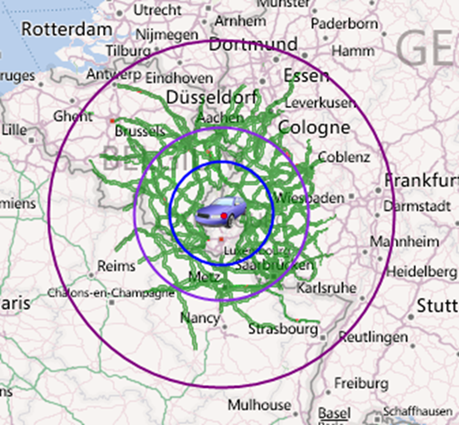 The following table describes the locations for which data is returned, as well as the default radii. See the FRC glossary entry for an explanation of how the FRC values indicate road class. Note that a TEC closure is an incident that results in a road closure.

The following picture illustrates the circles and routes of a guided scenario: 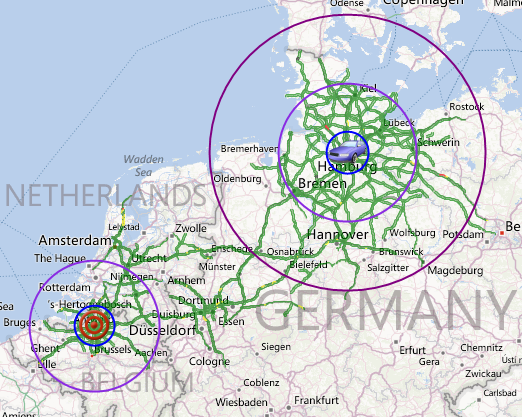